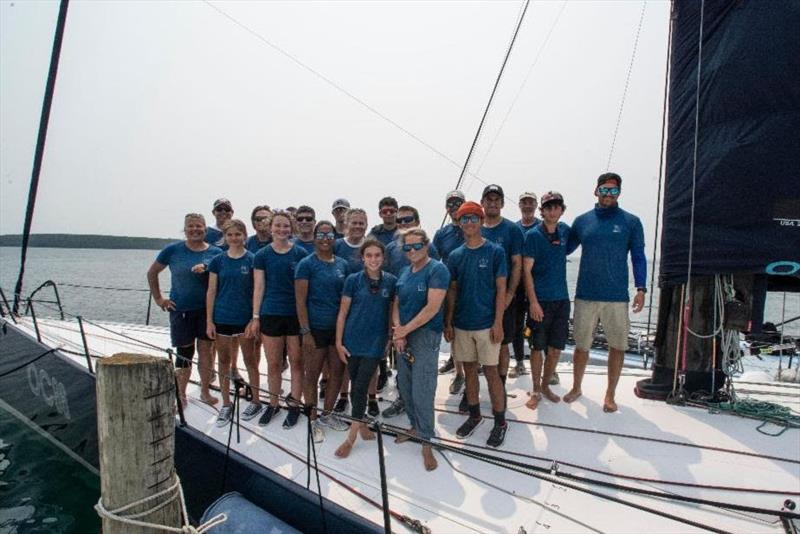 The mistake of climate finance risk by John H. Cochrane This is my first post for a brand new column, and I want to make it easier for you. I couldn’t help but oblige when my friends at Dread Central asked me to start a column on horror literature. After all, they’ve been great partners for independent creators, as well as festivals like mine. Horrible Imaginings Film Festival.

It is fascinating to see this partnership extended to authors of genre literature (and / or artists, in the case of graphic novels). Because this column is a new endeavor, I’m starting with a book from a few years ago, which I just finished reading voraciously. And yes, there is “Dread” in the title!

Written by Justina Ireland, Dread nation is a young adult novel, or YA. While I’m generally not drawn to this section of the bookstore, I found the premise of it compelling. When the story begins, we learn that the sudden rise of dead soldiers littering Gettysburg has ended the Civil War.

Yes, it’s a 19th century zombie story. This invited comparisons to obvious titles like Pride and prejudice and zombies or Abraham Lincoln: Vampire Hunter, which is fair enough, but while I’m not casting any shadow over any of these fun, quirky books, Dread nation is much richer, smarter, and dare I say, meatier than any other novel I’ve read in this trend. Alan moore Guardians, who reimagines historical events as if superheroes really existed, has a stronger thematic connection to him. In the case of this graphic novel, America wins the Vietnam War, Richard Nixon enjoys several terms like, fundamentally, an American dictator, and the march towards mutually assured global destruction becomes virtually inevitable.

The intelligence of the Irish novel comes not only from the way it reinvents the story, but also how it twists the well-worn tropes of the zombie apocalypse story. After a brief detail of the appearance of the dead in the prologue, the tale advances nearly two decades. Typically, a zombie story involves restless survivors who lead meager lives while constantly on the hunt for zombies, who have essentially inherited Earth. In Irish history, the Civil War is a memory of a generation ago and the existence of the living dead has become a mere challenge as the system of the time (including systemic oppression, racism , slavery and the nascent “science” of eugenics) has adapted to meet. There was no emancipation proclamation as we know it, but rather a shift from slavery from the plantation to the new battlefield.

The protagonist caught up in this change is Jane McKeene, a 17 year old ‘college student’ and one of the most prestigious new ‘fighting schools’ that have sprung up to train young black children in the art of killing zombies. , or, as the trend dictates that this novel renames them: “shamblers”. Political parties have also fully adapted, with survivors – supporters of the current system of training former slaves as killers – on one side of the spectrum and pacifist egalitarians on the other. Guess who holds the power?

Zombie stories are generally a tool for envisioning the destruction of the world, but in Dread nation they are the catalyst for the imaginative construction of the world. It’s part horror, part western and even part steampunk. Steam-powered “ponies”, for example, have replaced horse-drawn carriages as the shamblers have eaten virtually all the horses. Jane was born on a plantation just days before the dead rose on the battlefield, so her life grew in part with this dead new world. She is a biracial black girl born to one of Kentucky’s richest white women.

As a character, his journey becomes an important way for Ireland to explore systematic oppression in a more nuanced way. As in our reality, not all schools are created equal, and not all slaves are treated the same, and colorism plays an important role in how characters are treated and the opportunities offered to them. On a more macro level, the “opportunities” offered by a good combat school give an illusion of benevolence to its accusations. These include, at their peak, the opportunity to one day serve as an “attendant,” or glorified bodyguard, to the best in society. Cities, which have become fortified fortifications to protect the rich and powerful, tout their own freedom from the scourge of the shambler, while rural areas still need former slaves and trained natives to escort people from one place to another. Politicians use the relative safety of cities and control of the media to appease the public and retain power. The familiar touches the fictitious in the world of Dread nation, and that’s not always pleasant.

This context is essential to understanding the decisions – good and bad – that Jane must make when she occasionally joins her boyfriend Red Jack and her school rival Katherine Deveraux on an adventure that takes them, against their will, from Baltimore to Kansas. There, they face a small town survival experience that will make their worst nightmares pale in comparison. Corruption permeates the law, the city’s organized religion, and the very means of scratching – but it’s all hidden under a veneer of respectability that’s more fragile than anyone would like to admit. When the veneer cracks, blood will flow!

There’s plenty of top-notch action and suspense to turn the page on. Despite the YA label, you can expect a lot of violence that the zombie genre demands. I just started the sequel, Deathless cleavage, so I look forward to continuing Jane’s adventures. She kicks the ass. Dread nation is enjoyable on several levels: a horror story, a new twist on the zombie subgenre, a historical fantasy, and a socio-political commentary. Take one or all of these things and you will have a great time. Jane kicks the ass.

Publisher: Balzer + Bray, a YA Imprint of HarperCollins Publishers