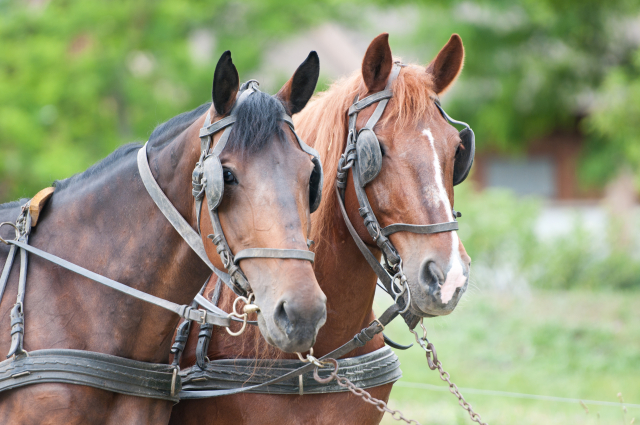 The Princes’ Islands are known for their horse-drawn carriages, which were the main mode of transportation in the small archipelago off the coast of Istanbul from the start of the 20th century until just a few years ago.

Tradition has given the car-free group of nine islands in the Sea of ​​Marmara their unique culture: a slow pace of life in a picturesque landscape where carriage riding was a respected vocation and horses were treated with reverence.

In the 2000s, the archipelago was a popular tourist destination, and hundreds of horses and carriages were bought by opportunists who employed poorly paid seasonal workers to drive them. This severed the relationship between horse and driver in what had become a low-margin business operation, animal rights activists say, with the profit-driven approach leading to many abused and overworked horses, and often to death.

As islanders and activists voiced concerns, the cruelty continued year after year until December 2019, when it reached a breaking point. A severe outbreak of glanders – an infectious and often fatal disease primarily seen in horses – changed everything. One hundred and five infected horses were killed and buried overnight.

“We couldn’t believe our eyes when we saw the holes they had dug to bury them, they were gargantuan. We knew then that it was a turning point, ”said Sevil Baştürk, islander and animal rights activist.

The remaining horses were immediately banned from work and quarantined for months with no time to exercise outdoors. Asli Demir, a horse enthusiast and activist, said inactivity was debilitating.

“They started to get sick, their legs were swollen, their intestines knotted and they were injured with spastic kicks,” she said.

Activists and islanders were furious and demanded that the horses be released. But nearly 700 died of inactivity and neglect during the time spent in quarantine. Under pressure from the protests and seemingly puzzled over what to do with the horses, the Istanbul Metropolitan Municipality announced the end of the horse and carriage service in February 2020, bringing a brutal end to a business of a century.

The municipality began buying the remaining horses from their owners and “relocating” them to farms across Turkey. Zekiye Kürkçüoğlu, from civil society group Adalarin Atlari (Horses of the Islands), claims that many horses died during transport. “The combination of stress, heat and exhaustion led many people to die upon arrival,” she said.

Adalarin Atlari has tried to trace where each horse was sent and its condition, but with little success. The group says the process was mismanaged and not transparent.

Municipality spokesman Ahmet Atalik said the transport was carried out with care and the horses were accompanied by staff. “We are also taking good care of the remaining horses and have plans to ensure they remain a part of public life. For example, we have a local mounted police service on the islands. “

The decision to end the carriage service was difficult for those who looked after their horses and saw the business as a cottage industry. There were lucky ones who managed to keep their horses. Koray Kayaoğlu bought a small piece of land in Istanbul and took his 10 horses and two ponies there. He has just opened a riding club. “I couldn’t give them away. I looked after one of them for 17 years, it was born on my knees, ”he said.

Yavuz Üstüner, a former horse-drawn carriage driver who now works as a street sweeper, keeps his two horses in a small garden on Büyükada (the largest island in the archipelago). Another horse owner, Çetin Erdem, owns five horses living in a garden on Heybeliada (the second largest island) that an islander opened for them – supported by the community.

The change has caused tension between activists and some islanders. Activists argue it was the right thing to do, saving new generations from cruelty. Others campaigned for horses to stay and be valued as working animals: pulling carriages on a smaller scale or in a horse sanctuary. They argued that people should coexist with horses and sending them back would only mean that they would be exploited out of sight.

Today, although most are gone, the remaining horses mark a minor victory for lovers of coexistence. Almost all the horses are owned by the municipality and are kept in a complex on the outskirts of Büyükada. Nine have not been sold and are still with their owners.

These horses are in limbo, and their future is still debated. Animal ethics experts say that the use of animal labor can be acceptable under the right conditions. In Zoopolis: a political theory of animal rights, Will Kymlicka and Sue Donaldson explore the concept of animals as members of society with working rights. Alasdair Cochrane, an academic at the University of Sheffield, says that a good job for animals should provide them with fun and opportunities to develop their skills and free will. “But it will take more than just regulating their working conditions – it will require a cultural shift in the way we think about animals and their place in our society,” he said.

Islanders say that if the horses were to work again, their conditions would have to be dramatically improved, taking into account working hours, recreation, living conditions and even pension benefits. Suggestions also include horses represented by a trade union, such as the post of animal ombudsman in Finland, or the Austrian Animal Welfare Council.

Electric buses and taxis have replaced horse drawn carriages, but for now, the surviving horses will remain on the islands. The goal is to make sure they are healthy, active and a part of island life. They are waiting to know their fate and if there could be a new era to come for the horses of the Princes’ Islands.

Previous Colorado Couple’s Local Disc Golf Business Started with ‘Spider House’ in Benton, IL | Local news
Next Are you looking for something to do? Here are the best entertainment options in North Carolina before the New Years